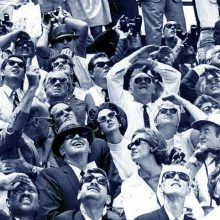 A parody of moon landing
Landing in reality, we start from the postulate of an astronaut who would discover our own Humanity with as background the humorous relationships Man / woman of the Sixties ….
Light, rhythmic and funny show! 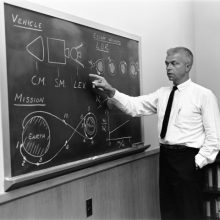 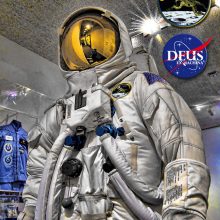 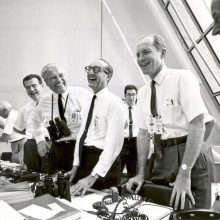 This ambulatory and theatrical show is planned to be played outdoors day or night. It mixes acrobatics, comedy, and Parade.

The use of special structures gives the movements of the heroes: the astronauts a realistic, weightless evolution; A surrealist image in the middle of the city!

Aided by his faithful Flight Controller, John, of Katte The awkward assistant and Peter the technical trainee, Scott leaves to explore, a new life in the heart of the urban landscape. 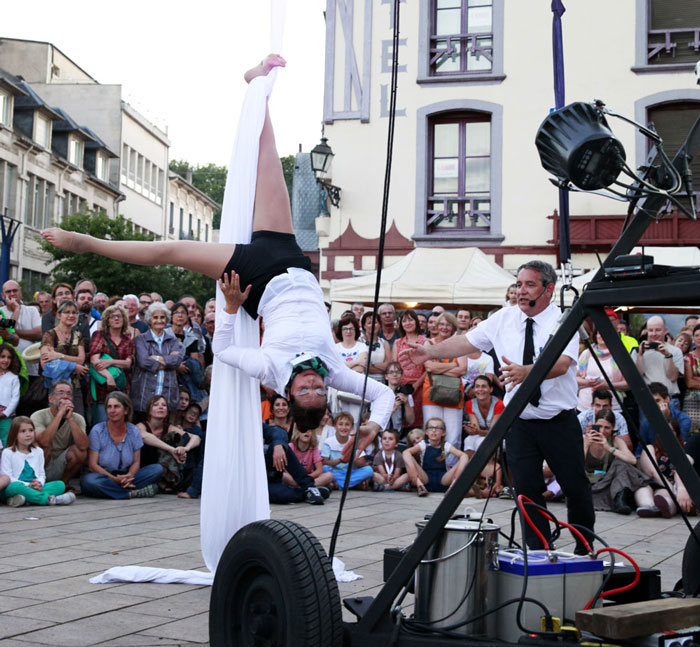 The astronaut is moved by an arm of 7m on counter weight which gives him an approach in weightlessness, the possibility of advancing by good giant or floating in the air. 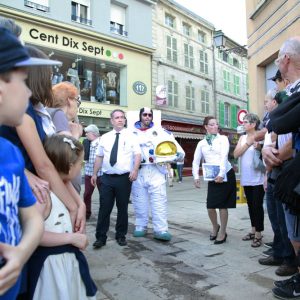 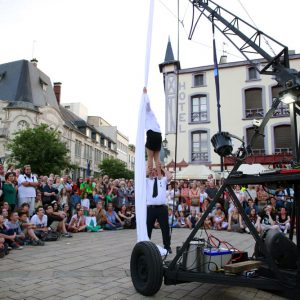 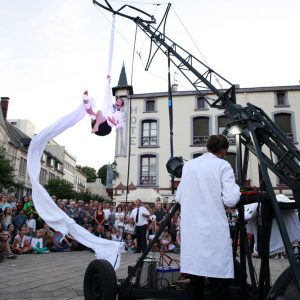 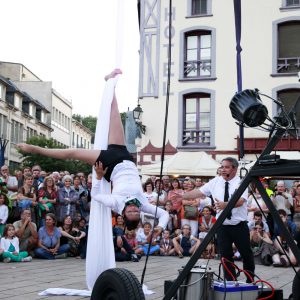 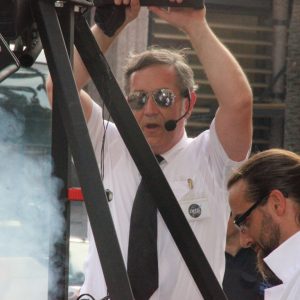 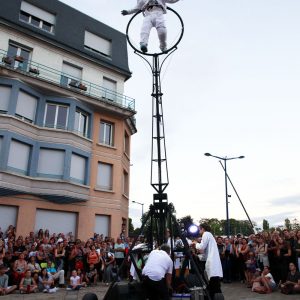 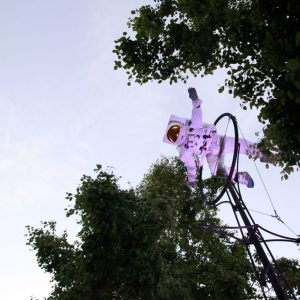 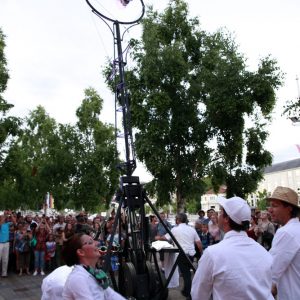 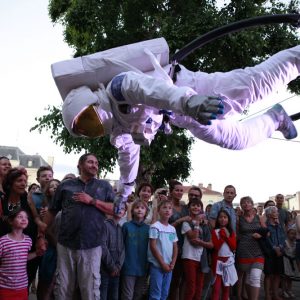 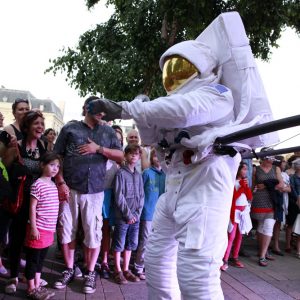 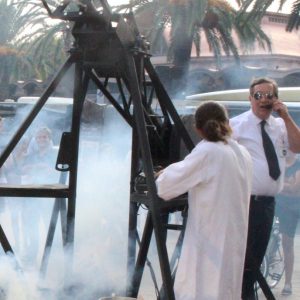 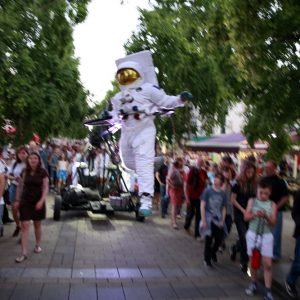 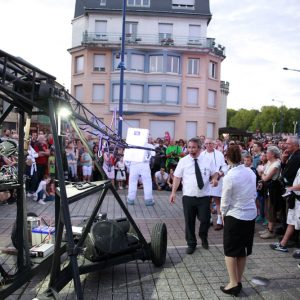 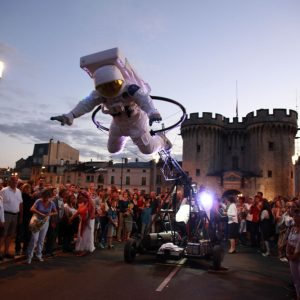 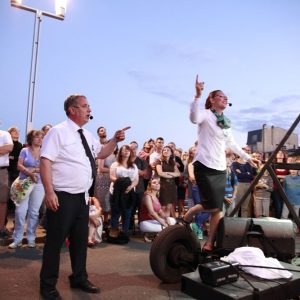 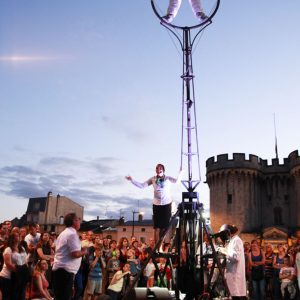 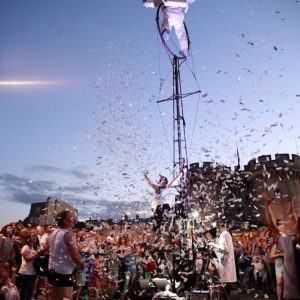 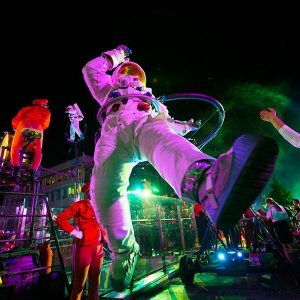 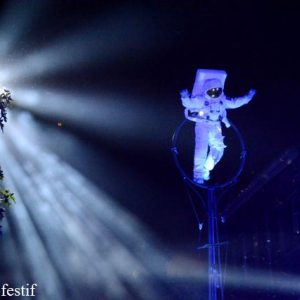 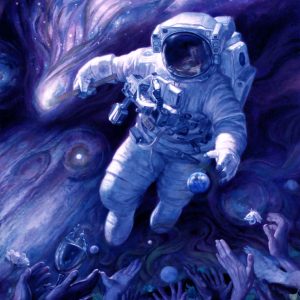 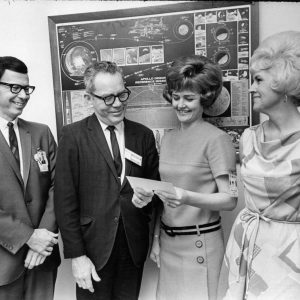 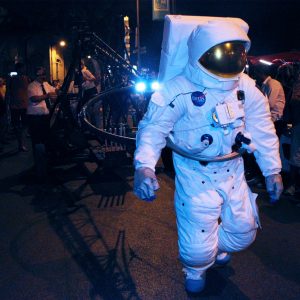 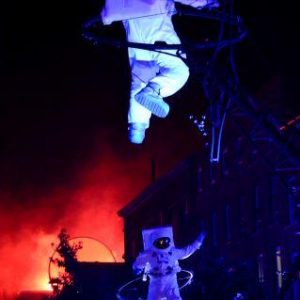 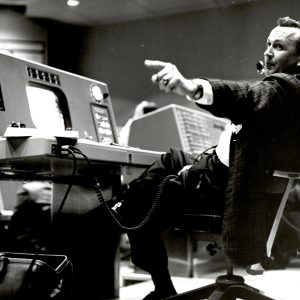