Our last show
Available soon in 2017
Style: Large fixed aerial form Duration: 50 mn
Techniques Circus: Synchro. 6 fabrics – Duo Straps in Pendulum Flight – Pendular Dance in a circle – Synchro. 6 trapezes Bungee – 3D Flight. Balance on canes
Scenic techniques: Suspended structure aluminum with motorized Piloted 3D Flight Motors Projection Interactive spherical video by Infrared capture Programming java and C ++
The structure of the “Grand Mire” is an articulated aerial suspension of 18 m wide under a 50 m mini mobile crane under hook. The center is a sphere of 10 m in diameter, motorized, on which are projected video elements that support the narrative frame or graphic elements that interact with the movements of artists through sensors (in the manner of ” A liquid wave or particles enveloping the artists)

The crown of the structure is a set of 31 rotating arms (8m) terminated by a white circle and creating a trompe l’oeil movement (like a DNA helix) or an organic effect.

The structure is equipped with a set of engines and hooks for the succession of several acrobatic collective. On the ground 2 mini stages for the 2 actors (3m of Haut) which ensure the narrative of the show. 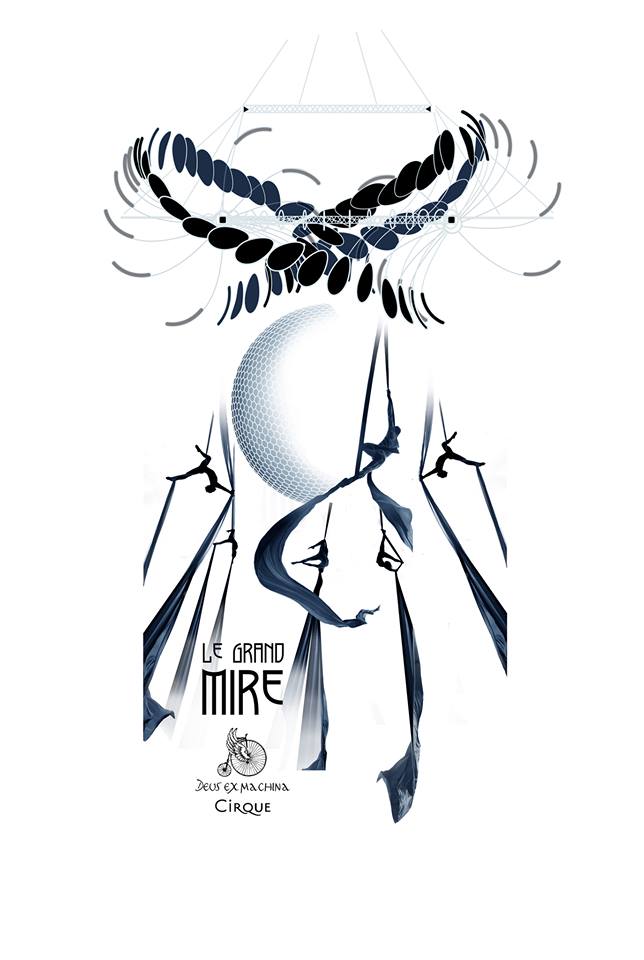